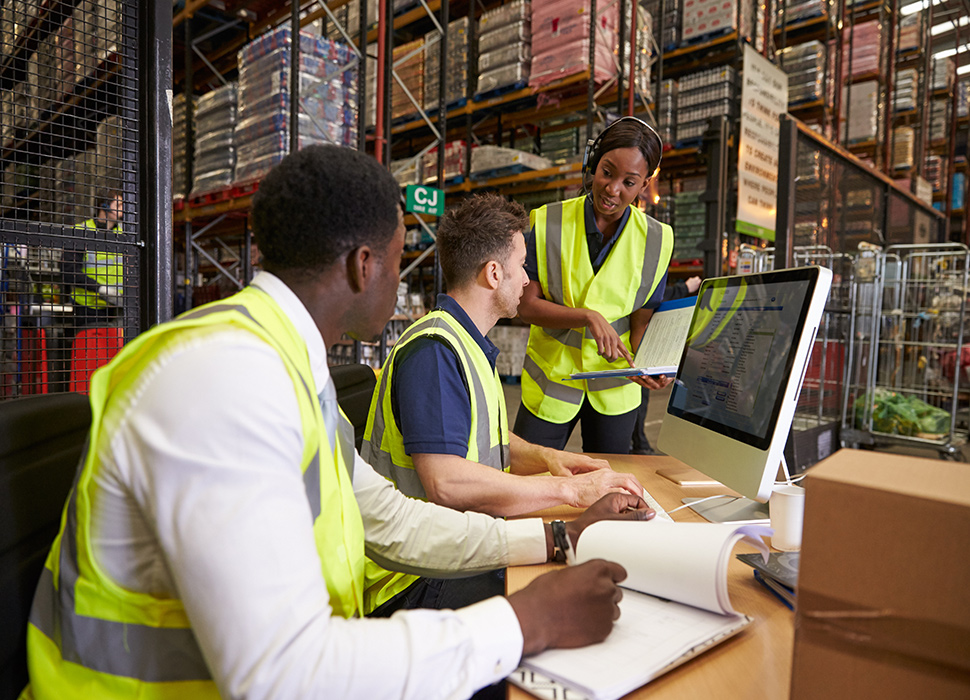 What Defines A Leader?

Daniel Goleman, an internationally known psychologist, interviewed with Forbes Magazine reporter Dan Schwabel on what makes an effective and impactful leader. Goleman talks about the types of leadership characteristics that are the most important in the business world and what the real definition of a leader is. All of this can be read more in depth in his book, Focus: The Hidden Driver of Excellence.

We took Goleman’s leadership characteristics and applied them to supply chain management. In an ever-changing industry, how can we build the best leaders in the business to create an overall efficient system? A system that harnesses different levels of talent in different ways to keep the supply chain moving forward.

Leaders can come from anywhere within the organization. From line workers to top executives. The important thing to take away here is watch your workers. Watch how they interact with one another, how or who they look to each other for guidance. In an industry that is constantly adapting to new technology and consumer demands, too many leaders just can’t be possible. 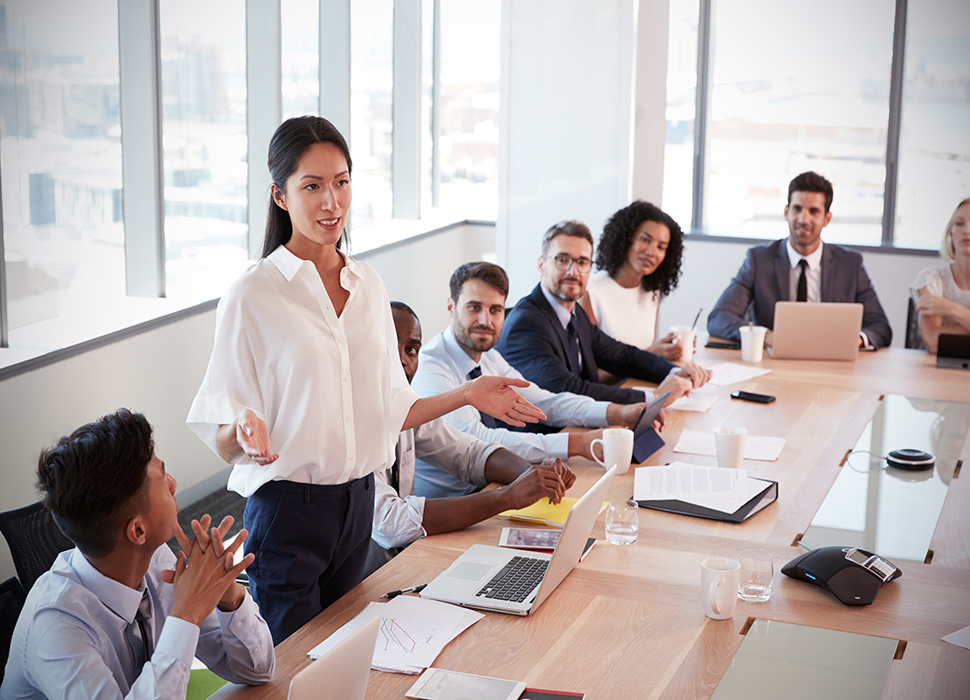 Millennials are quickly taking over the workforce. The Governance Studies at Brookings predicts that by 2025, 75 percent of the workforce will be millennials. So, what will become of the supply chain in the millennial workforce?

A study done at the close of 2017 by the Council of Supply Chain Management Professional found striking results in regards to the future. CSCMP interviewed 300 young professionals. Of those 300, 70 percent are working towards a bachelor’s degree and 54 percent are majoring in supply chain management or a related field. The reason? When choosing a career choice, millennials gravitate to jobs that give endless opportunities and different types of jobs. They’re also looking for an abundance of room for growth. Millennials appreciate the surplus of opportunities for internships and first hand learning, saying it gives them perspective into the job before graduation.

Job satisfaction is another reason young professionals are looking to supply chain management for their career choice. When asked, 88 percent responded positively in regards to their overall job. Most using words such as “good”, “meaningful” and “enjoyable”.

Despite these reported high levels of job satisfaction, millennials are always looking for the next great job opportunity. A way for them to design, develop and implement business strategies of their own.

Millennials and the Attraction to Supply Chain Management

In the past 20 years we’ve been around, we’ve seen consumerism turn into an around-the-clock, on-demand industry, an increase in prescription drug abuse, and more and more shipping regulations put in place by big retailers and automakers. And throughout it all, we had to tailor our software to meet those demands.

These are the things millennials crave to be a part of. They want to effect change. After all they’re a huge reason new consumerism trends are emerging from brick-and-mortar stores to online, 2-day delivery.

A career in supply chain management also provides opportunities for millennials to make an impact. Lots of businesses are struggling to keep up with growing consumerism trends. We work to decrease those chances by completely customizing our software for our clients. Tailoring our software for clients makes projects impactful – even the slightest change brought on a company’s supply chain has a large impact on how it runs overall. Every decision made changes the face of the company strategy and organizational structure.

The wide varieties the supply chain industry offers keeps millennials engaged and stand out as a key reason they study supply chain management. 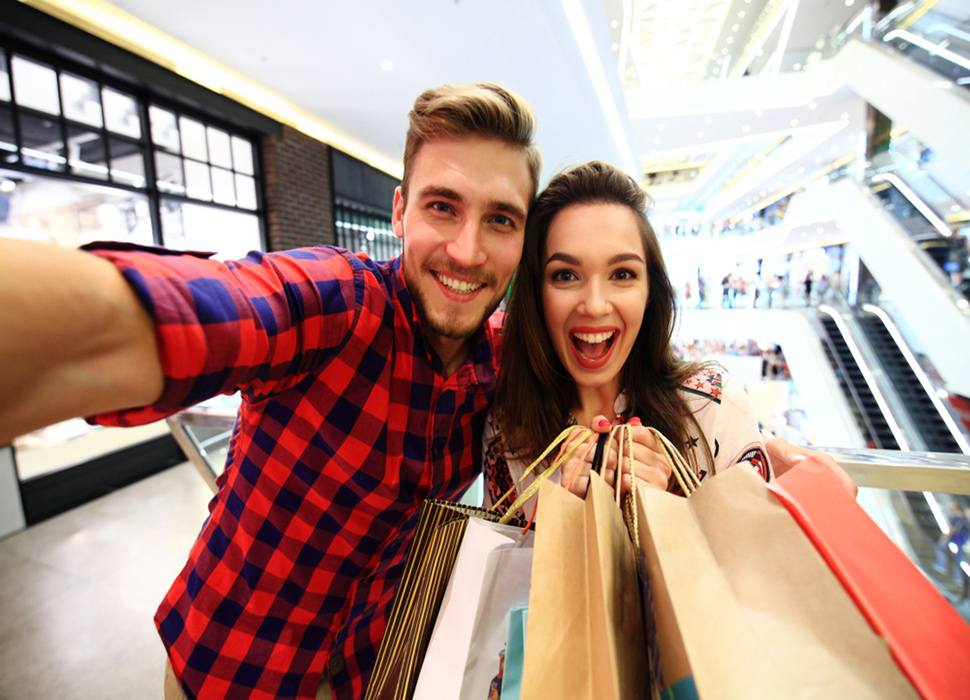 Consumerism – Then and Now

You’re a consumer, I’m a consumer – we’re all consumers, and in today’s modern world, appearance goes a long way and captured the attention of millions. The evolution of consumerism has rocketed forward in the last 10 years bringing the supply chain world with it.

Picture this: 10 years ago you walked into a brick and mortar store, found those amazing jeans the model had on in the catalog only to discover they don’t have the right size. Back then you more than likely would have accepted the item was unavailable and perhaps you waited for it to be restocked. The key word here being “waited”. A store associate even told you when to check back into the store for those jeans. Or maybe you chose to order them from the catalog and called to place the order. Those jeans would arrive in 1 to 2 weeks. Great!

Today, the demand in the fashion and apparel industry is a 24/7/365 operation. Consumers expect to be able to order those same jeans in the store, online. They then want immediate gratification of them arriving in the mail the next day. Here’s another scenario:  the consumer

asks the salesperson to order the item and they realize it’s completely out of stock online and don’t know when it will be restocked. Good luck to the employee delivering that news. That’s just unacceptable in today’s world.

The demand in retail has grown exponentially over the years. We have things like Etsy, online garage sale sites and overnight shipping where you pay almost the same amount as the product itself. But people go nuts over it! Stores have to compete with retail giants that only exist in a virtual world because consumers would rather sit on the couch to shop versus getting in the car and driving five miles down the road. It’s way more convenient for them to order clothes online and if they don’t fit, you just put them back in the box, schedule a pick-up and it’s good riddance.

What else do store have to compete with? Protecting their brand. One reason B2B shipping fails is due to brand loyalty. Consumers expect brands to have products shipped to the right place at the right time. Retailers are on the front line on this consumer explosion not the suppliers. But if the supplier’s supply chain fails, or can’t keep up due to outdated software, they lose a client. On the flip-side, if a product is not stocked in the stores, people will shop elsewhere. If it doesn’t meet quality expectations, people will return the item and complain on social media, deterring other consumers from shopping there.

Malls are feeling even more pressure with the boom in e-commerce. Many of their anchor stores have closed or are closing in the near future due to a lack in foot traffic. Consumer habits are undergoing a rapid change. More notably the decrease in interest in spending a Saturday afternoon at the mall with friends. in 1970, Randall Park Mall east of Cleveland was the largest mall in the U.S. In 2015, they closed and the land was revived in 2017 as an Amazon fulfillment center. Ironic.

So what can we as supply chain professionals do to compete with this trend? Is B2B shipping a thing in the past? Will it be extinct in the near future?

For the past 20 years the demand for supply chain collaboration between retailers and suppliers. Poor order fulfillment and late shipments are often the result of poor visibility to demand and order regulations put in place by the retailer.

In arecent benchmark study on the state of retail-vendor supply chain relationships, both retailers and vendors were asked to rate the barriers to better collaboration.

What was discovered? The top rated barrier for both retailers and vendors/manufacturers is a lack of quality/availability of data to act upon to collaborate (scale of 1 to 7, with 7 being the highest barrier – score is the average among respondents). This lack of actionable information is of course the essence of the initiatives around ECR, CPFR, RFID, etc.